Quick book updates first. Arcane Ascension 3 is still in progress and I’m still hoping to get it done by the end of the year. It’s mostly caught up to Weapons & Wielders 3 now in terms of progress completed, since I’ve been focusing on it more. I’m hoping to get it done first, then finish W&W3 shortly thereafter (probably early 2021).

It’s hard to give it a progress percentage, since I’m still evaluating some of the content I may include. The original intent was to try to make AA3 similar in length to the previous books. I like that feeling of consistent length for each novel in a series, but that has major impacts on the pacing: this book really only covers the winter vacation between school years, so it’s much shorter in terms of in-world time. I don’t want the book to feel like it has padding or filler content, so if there’s a logical end point at a shorter word count than the previous books, it may end up being somewhat shorter. (Still not short by any means – “shorter” might mean more like Diamantine, which is 165k words. I still think it’ll be even longer than that, just maybe not quite as chunky as On the Shoulders of Titans was.)

Notably, this may also result in the book feeling like it has a faster pace than the previous books. I have mixed feelings on that; W&W is supposed to be more of my fast paced and action-oriented series, and I don’t want to move AA too far into that direction. I’m still tinkering, so we’ll see where things end up.

Given the current instability in the world, as well as the nature of my own writing, I can’t make any guarantees about a release date – but I’ll say that I’m still aiming for the November to December range and leave it at that.

Next, for those of you who enjoy the LitRPG genre, I have a quick recommendation: Cinnamon Bun. 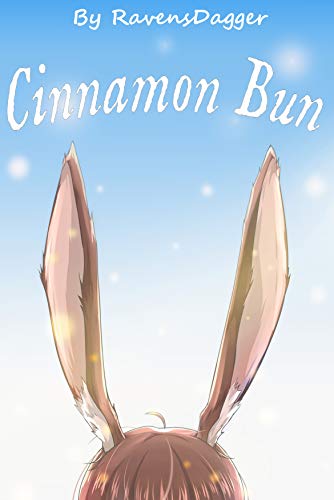 Cinnamon Bun stars an absolutely adorable young woman who, upon being dumped into a game-like universe, proceeds to mop floors and try to make friends with everyone and everything she comes across (with varying levels of success). It’s an absolutely beautiful subversion of the usual sociopathic style of character you often see in both actual RPGs and RPG-related fiction. Our hero not only recognizes the individuality and value of others, she actively seeks to find non-violent resolutions to conflicts.

In a way, you can think of this as being reminiscent of a game like Undertale, although I’d say the overall flavor of the story leans more heavily toward novels like Threadbare (which I also strongly recommend).

As a LitRPG, it’s a novel where RPG mechanics exist within the universe, which may not be everyone’s cut of tea. They’re pretty light as far as LitRPG mechanics go, though, and I personally found the class and skill advancement systems to be both engaging and thought provoking.

Overall, I really enjoyed this book, and I’d strongly recommend it.

9 thoughts on “Quick Book Updates and a Recommendation – Cinnamon Bun”