Just finished reading The Sword of Kaigen by M.L. Wang. 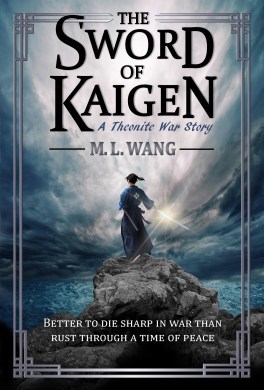 This was an excellent book, and I’d generally recommend it very strongly, although with a caveat: it gets very dark. Much, much darker than my books. The warfare in the story has some very grim consequences, and you should be aware that grief, trauma, and abuse are significant themes in the story.

That said, I absolutely loved the character work in this story, and the world building was also excellent. The magic system is very reminiscent of something like Avatar: The Last Airbender, with region-specific magic types, but with some exploration of the darker sides of systems like that existing (e.g. specific cultures having a strong focus on “bloodline purity”).

There are some genuinely heroic characters, but far more shades of grey. The people in the story felt very real, often in sad and brutal ways.

Overall, I really enjoyed the book, but I’d urge readers to make sure they’re up for handling heavy subject matters like war, grief, and abuse before picking it up.