Some quick updates about book status.

Defying Destiny has been going slower than planned for a number of reasons. Some of them have been general practical things, like moving to a new apartment and my video card dying.

The main one is really that I’m getting a lot more interest and encouragement to write the sequel for Sufficiently Advanced Magic, and that book is also fresher in my mind.

Going forward, I’m going to be splitting my time between writing both books. This will definitely delay Defying Destiny further, but I’ve found that I get a higher amount of total writing done each day this way, since I can switch between books when I’m in the right mood to work on one or the other.

I’m still hoping to get Defying Destiny out this year if possible, but I may actually get the sequel to Sufficiently Advanced Magic done first. Not sure yet.

Aside from that, I’d like to give a quick book recommendation: Valley of Embers by Steven Kelliher. 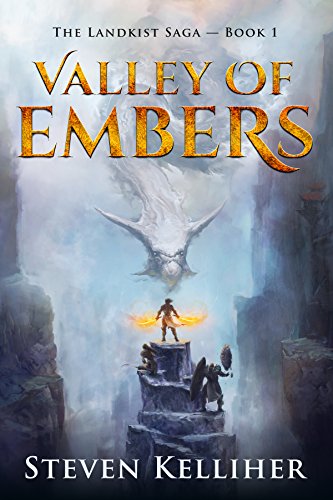 It’s another anime-inspired fantasy novel, and it’s currently *free* on Amazon. Stylistically, I’d compare it to something along the lines of Avatar: The Last Airbender crossed with the corrupted animals from Princess Mononoke.

You can find it here, and if you’ve already read it, the sequel is currently on sale for 99 cents.

6 thoughts on “Quick Updates and Recommendation”